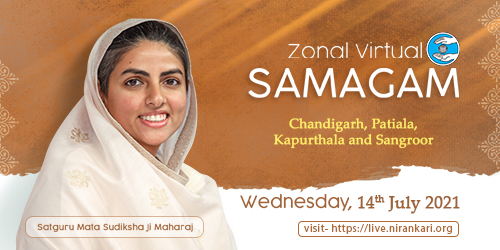 Here are some life changing and inspiring messages from the Holy discourse of Satguru Mata Sudiksha Ji Maharaj, as blessed during the virtual Satsang programme of Punjab on 14th July.

1. Love is always an important part of a true devotee’s life. They always behave and communicate in a loving and devoted manner. Where there is Love, Nirankar is always present there.

2. When ego makes home in our mind, then love can’t exist. We also get a clear direction from the Holy Avtar Bani that water meets the ocean when it follows the path of a humble river. Likewise, those who remain humble and perceive the formless Nirankar in everyone, finally become one with one. A person full of ego cannot attain Oneness with God.

3. We were given five vows before receiving Brahmgyan. The first vow itself explains that our Body, Mind and Possessions are mere gifts of God. Then why should we be proud of them? If we hold vanity in our mind, then let alone Brahmgyan; we have still not been able to follow the first vow.

4. Usually human beings are seen to possess an illusion that the work done by them can’t be done by anyone else. Let’s understand through a story. There were two lizards, one was clinging to the ceiling and the other was on the vertical wall. The one on the wall asked the one on the ceiling incase they could go out of the room together. The lizard on the ceiling said that, it is not possible because the moment she moves, the ceiling will fall down. Likewise, we also harbour the illusion that we are the one doing everything at home, office and elsewhere. Whereas, the fact is that it is the grace of God that is the ultimate power behind everything in the universe.

5. Ego might give us a feel good factor for a little while but, eventually it becomes a habit and takes us away from everybody around us.

6. We get indulged in self importance to the extent that we seek attention in every gathering or meeting. We just want people to listen to us and observe us. We also insult others occasionally to show our superiority. What use is such ego that hurts others and breaks all our relationships?

7. Man thinks that things are happening because of him only. He forgets that Nirankar is the doer behind everything. Humans come up with various arguments to support this. For example, if someone says that even a leaf can’t move without God’s will, they would say the leaf is moving because of the wind and not because of God. But, who then, is blowing the wind?

8. Those who have complete faith in God, surrender every thought, word and action unto Him. The Holy Bhagwad Geeta also hails the glory of such God seeking and enlightened souls. Those who are ordained with this wealth, pray for this state of bliss to last till the last breath.

9. A person promises to improve and do many good things while he is in a problem. But, unfortunately forgets all the promises, once he is back to normal. The promises do not anymore remain his priority, because the fickleness of the mind diverts him towards material things. 10. We need to remain in mindful remembrance of this formless Nirankar. We have to improve upon ourself with awareness. Let us not get connected with the physical form of Satguru, rather with the message, which connects us to the eternal God. It is good to spread the word of God but, self improvement is equally important at the juxtapose. 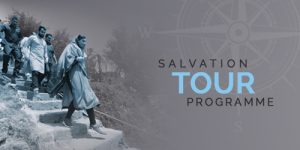 Satguru Mata Sudiksha Ji and Rev. Ramit Ji will be 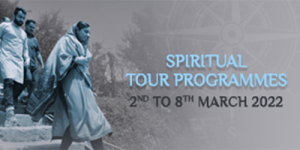 A brief summary of HH Tour to Rajasthan and Haryana 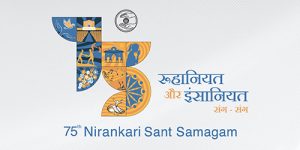 Schedule of the 75th Annual Nirankari Sant Samagam to be