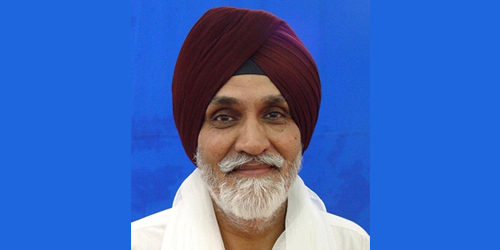 Rev. Brigadier (Retd.) Parminder Singh Cheema Ji was the General Secretary of the Sant Nirankari Mission since November 2018. He left his physical form and merged in the Almighty Nirankar on 12th May, 2021 at 10:15 am.

Rev. Parminder Singh Ji was born on March 14, 1949 at Ludhiana, Punjab. His parents – Rev. Dalip Singh Cheema and Smt. Gurdip Kaur resided at Shimla having moved there from village Gojra in Sialkot district after Partition in 1947. In 1950, when Parminder Ji was barely a year old, both parents were blessed with the Divine Knowledge by Shahenshah Baba Avtar Singh Ji. Thus, grooming and upbringing of Parminder ji took place in a holy environment. At the age of 7 years when Parminder Ji started schooling at St. Edward’s School, Shimla, he too was blessed with the Divine Knowledge by Rev. Babu Mahadev Singh Ji in July 1956.

In 1957, Rev. Dalip Singh Ji was transferred to Chandigarh where Parminder Ji joined Senior Model School in 1st standard and soon became the favorite of all the teachers through his excellent academic performance. At the same time, holy congregations were established in Chandigarh and every Tuesday evening Sangat was held at their residence which gave all members of the family including Parminder Ji an opportunity to do Sewa as well as attend the Satsang.

Thus religious-cum-academic grooming continued until Parminder Ji was selected for education at Sainik School, Kunjpura, Karnal and joined the same on July 3, 1961. This was a turning point in Parminder Ji’s life as it laid the foundation for the ensuing Army career. In 1964, he was selected for the National Defense Academy, Khadakvasla, Pune and ranked 12th in the All-India UPSC merit. He was amongst the youngest cadets, having joined the academy at the age of 15 yrs and 3 months on July 17, 1964. The three year training instilled all the values required for an upright Army officer and he passed out from there on May 29, 1967 to join Indian Military Academy, Dehradun from where he was commissioned into the Army in the Corps of Electrical (now Electronics) and Mechanical Engineers on June 9, 1968. Parminder Ji’s performance in the academy was of a high order and he passed out amongst the top ten officers.

Parminder Ji completed his graduation in Electronics Engineering from Military College of Electronics and Mechanical Engineering, Secunderabad and with the blessings of His Holiness was awarded the Director General EME’s Gold Medal for standing first in the order of merit. He was also awarded three silver medals for topping in different Army courses. He had a brilliant educational career which culminated in doing his Master’s in Engineering from Indian Institute of Science, Bangalore with distinction. He also had the privilege of being an Asstt. Professor in College of Military Engineering in Pune and Professor in Military College of Electronics and Mechanical Engineering, Secunderabad. He had also done Post Graduate Diploma in Project Management from Punjabi University, Patiala, and AIMA recognized advance courses of instruction in Industrial Management and Strategic Management.

Parminder Ji excelled in his army career and was awarded many laurels in his entire army tenure. On January 1, 2002 he took his last posting to Shillong and thereafter, a premature retirement as a Brigadier on May 5, 2002 at the age of 53 years. After retirement, he settled down in Chandigarh with his father Rev. Dalip Singh Ji Cheema (The first Khetriya Sanchalak of Sant Nirankari Sewadal). Brig. Cheema Ji has left behind his wife Amandeep, son Vishvapreet and daughter Aanchal.

It was on April 29, 2006 that Parminder Ji was nominated by His Holiness Satguru Baba Hardev Singh Ji Maharaj to be a Member of the Working Committee and thereafter to be a Member of the Executive Committee with effect from April 28, 2007 and attached with Social Welfare, Health and Medical Departments. He was also made the member of the Advisory Committee on Security. He was blessed by His Holiness to be a Gyan Parcharak on May 01, 2007.Parminder Ji was also nominated as a founding member of the Sant Nirankari Charitable Foundation on April 12, 2010.

Rev. Brig. (Retd.) P.S. Cheema Ji’s body was cremated on 12th May itself and was attended by Rev. Ramit Chandna Ji, various members of the executive committee of Sant Nirankari Mandal, the family and many saints.

The Prerna Diwas was held on 15th May, 2021 virtually in the Divine presence of Satguru Mata Sudiksha Ji Maharaj and was attended by family, friends and thousands of devotees. There was live streaming of the proceedings for the globe Nirankari fraternity to attend.

His departure from the physical world is an irreparable loss to the Mission. His life and values will always inspire generations to come on their path of devotion, sincerity, humanness and selfless Sewa. 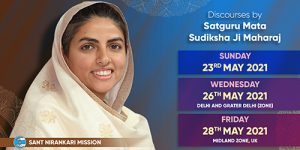 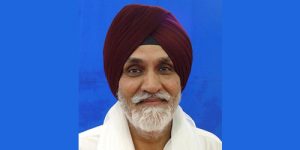 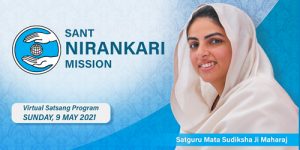